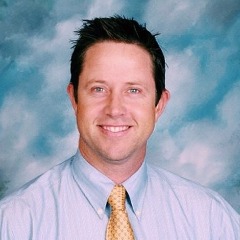 What I love most about being a journalist is the chance to interview inspiring people dedicated to making the world a better place. I’ve talked to gregarious chefs in soup kitchens, trainers of guide dogs for the blind, folks who volunteer abroad on their “vacations,” women who shelter survivors of domestic violence. There’s so much pain in the world, and we really need to hear stories of courage and hope.

So it was particularly special to have the privilege of speaking with Erin Prewitt recently. I’ve never met anyone like her.

Erin’s husband Chris, her college sweetheart, was jogging one morning last April when a drugged driver killed him. Chris was not only adored by Erin and their seven-year-old daughter Isabella, but by seemingly everyone he met. He rose above a hearing disability to become a beloved educator, a philanthropist who traveled to Sierra Leone to train teachers, a friendly guy whose catchphrase was “Make it a great day!”

“Chris and I made a conscious choice that in our marriage, we wanted to make each other better people,” Erin told me. “And Chris had that way with people. He saw them at their best — their potential — and they’d almost always rise to the occasion … that’s kind of how he moved through the world. And he loved life — what most people put into a day, Chris would try to put into an hour.”